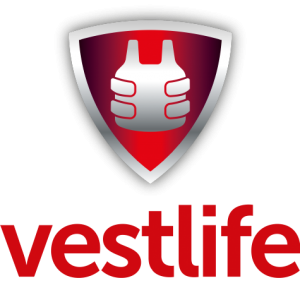 This project has received funding from the European Union’s Preparatory Action on Defence Research under Grant Agreement No 800876.

Under the Preparatory Action on Defence Research (PADR), the grant for the Research Action call on the topic of ‘Force protection and advanced soldier systems beyond current programmes’, subtopic ‘Tailor-made blast, ballistic and CBRN protection of military personnel’, was concluded. The awarded project, called VESTLIFE, was signed on 27 April 2018. Led by AITEX (Spain), VESTLIFE’s consortium encompasses 5 other participants from 5 countries: CITEVE (Portugal), Brapa Consultancy (the Netherlands), TECNALIA (Spain), Petroceramics (Italy) and FY-Composites (Finland). The project, which has a duration of 36 months, will receive an EU grant of roughly €2.43 million.

Protective clothing aims at protecting soldiers from ballistic threats. The demands of protective clothing are strict and mostly contradictory, since they require the combination of optimal protection and optimal comfort. Dense, non-permeable textiles increase the protection, but are uncomfortable. This makes the design and development of effective protective clothing a complex problem. Optimization between physiological burden and protection is needed to create the ideal suit for a specific mission. The system requirements, following from this optimization, will lead to mission specific requirements for subsystems and materials of the clothing. Current commercial ballistic systems present several disadvantages, mainly their weight, but also others such as inflexibility and design shortcomings to differences in anatomy, protection approaches based only against kinetic energy threats or limitations in the use of CBRN agents.

Summary of the project

VESTLIFE aims to develop a new lightweight and modular bulletproof integral solution, which integrates a CBRN detection system. The garments will include the possibility of an increased coverage area whilst maintaining comfort, plus a weight reduction of the ballistic panels, thus ensuring optimum balance between protection and comfort, tailoring such a protective surface to the forecasted risk mission. The project strives towards the development of different types of ballistic protection armour with advanced features in performance. This protection system will consist of different levels, mainly soft armour and hard armour. To find the optimum architecture of materials on the body, an optimum has to be found, based on both the comfort experience and the protective performance. A software model will give insights into this. This model will be used to define clothing architectures, which will be created in the integration step to validate the performance of the clothing.
For that, 9 work packages have been established, 7 of them at technical level in order to define requirements for the system protection, model and design of solutions, development of new textiles structures, ballistic polymeric composites and advanced ballistic ceramics, integration of materials and CBRN systems and validation of solutions. Transversal actions such as project management, exploitation and dissemination are included in 2 work packages during the whole project duration. 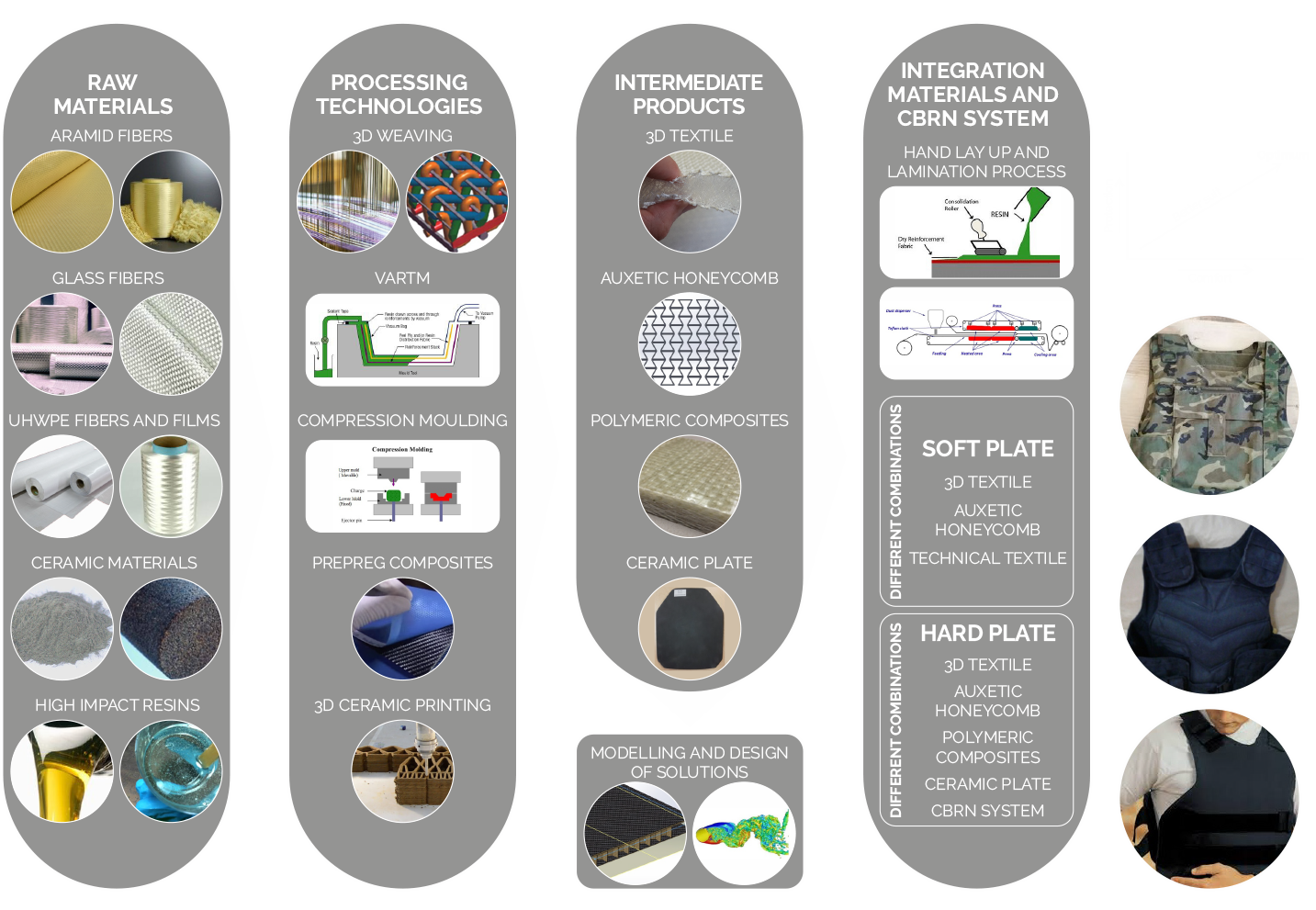 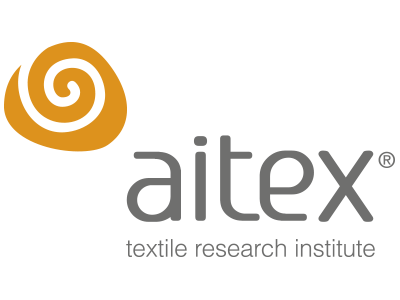 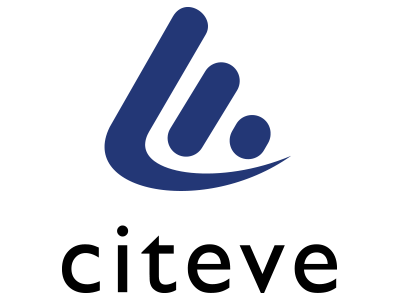 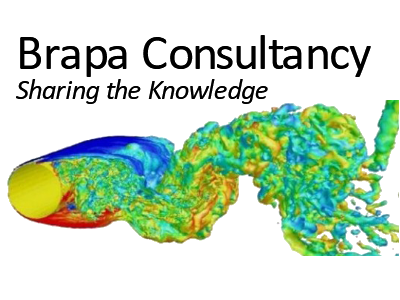 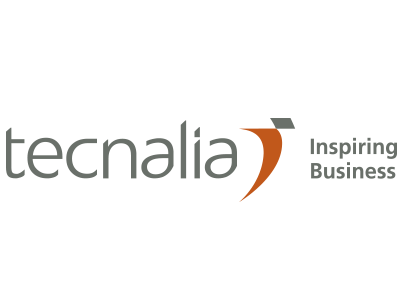 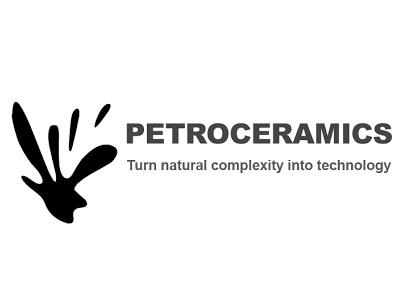 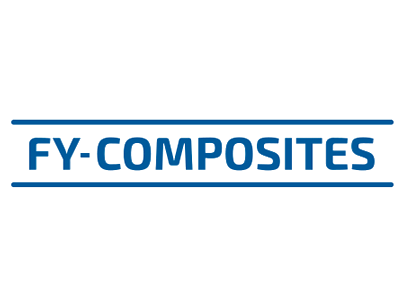